What are the Northern Lights?

The Aurora Borealis, or Northern Lights, have captivated us over the centuries. Throughout history, humans in the wildernesses of the world, in the dark of night, have gazed up in wonder at the iridescent bands of green, red, yellow, pink, purple and white lights swirling around the sky.

We've credited the cause of the aurora to gods, spirits and magical creatures. But we now know that it's the result of high energy particles from space and the Sun slamming into the Earth's magnetic field. These particles leave our star in a steady stream that we call the solar wind, and are also fired from its surface during solar flares. Their impact on our planet's magnetic field pushes charged particles down into the atmosphere - 60 to over 250 miles above our heads - where they produce a striking variety of shapes and colours.

The aurora often first appears as an arc, stretching from east to west across the sky. Later in the night it may develop into rippling streamers, pulsating globes, a corona of rays that appear from a point high in the sky, or as scattered patches of light. The fact that the aurora's appearance can change so much within the course of a single night makes it all the more mesmerising.

Looking for the Lights

If you could see the Northern Lights from space, it would sit below the North Pole like a halo around Earth, tracing a path across central Alaska and Canada, Greenland, Iceland, and northern Scandinavia and Russia. Over the course of human history, the aurora at its strongest has been seen all over the world, but these countries remain the best places to see the phenomenon.

Iceland is one of the most magical destinations in which to track down the lights. Here, the official aurora-spotting season runs from October until March. Why winter? It's easiest to see the Northern Lights during the depths of winter because the nights are longer and the icy cold results in less water vapour clouding the skies. That said, the aurora has been observed as early as August and as late as April.

It's impossible to predict the aurora accurately, but geomagnetic activity - measured by the 'Kp index' - indicates when the lights are most likely to appear. The higher the Kp index the better your chances. Ratings of 8 or above are very rare, and many of the photos included here were taken at low Kp numbers.

There are a number of apps and websites that report on the Kp index. A great source of up-to-date information is the website of the Icelandic Met Office.

Since the aurora is a million times dimmer than sunlight, it cannot be seen during the day. From 9pm until 2am tends to be prime viewing time. If you need your beauty sleep, you'll find that many hotels offer an aurora alarm service.

The weather conditions are vital. You'll need clear skies, and a small moon will make it easier to spot the aurora's glow. Heading away from light pollution will maximise your chances of a glimpse, although the very brightest auroras can be seen from cities and even through thin clouds.

You could even try to ensure your inbound and outbound flights are after dark, as some of the best views of the aurora are from high-altitude aircraft.

Trips and tours abound, but Iceland is one of the best places for independent travel to the lights, where you won't be bound by an itinerary. Many visitors hire a car for a night or two and drive out of Reykjavik into the wilderness. The hours of darkness increase the further north you travel, increasing your chances of catching a sighting. The Westfjords region in the northwest is a popular destination for this very reason. Thingvellir National Park is another good choice, as is the geothermal zone of Landmannalaugar.

Check all these boxes and then all you have to do is cross your fingers, wrap up warm, sit back, and wait for the show.

What Triggers the Lights?

The aurora occurs when the Sun's solar wind pushes against the magnetosphere - the region of space controlled by Earth's magnetic field - and forces charged particles (electrons) at high speeds down into the atmosphere. Like excited schoolchildren, the particles run into oxygen and nitrogen particles, transferring their energy to the two gases.

Oxygen and nitrogen don't hold onto that energy but lose it again in the form of photons - tiny bursts of light. When enough particles bombard the atmosphere, the oxygen and nitrogen emit so much light that we can see it here on the ground.

What Causes the Different Colours?

The gases of Earth's atmosphere release different colours of light, depending on their type and their height in the atmosphere.

The most common colour - a pale yellowy green - is produced when high energy particles hit oxygen molecules about 60 miles up. Oxygen at higher altitudes (about 200 miles above us) gives us ruby red auroras.

Nitrogen at lower altitude produces the blue light and when particles collide with this gas at higher altitude, it produces beautiful purple and violet tones. The blending of these colours through the sky can also create pinks and whites.

Create Your Own Aurora

Different factors influence the colour and strength of the Aurora. Adjust the sliders below to see how each affects the appearance of the lights.

The Kp index is a scale of geometrical activity numbered from 0 to 9. The greater the number, the higher the level of solar energy and the more likely you are to see the lights! 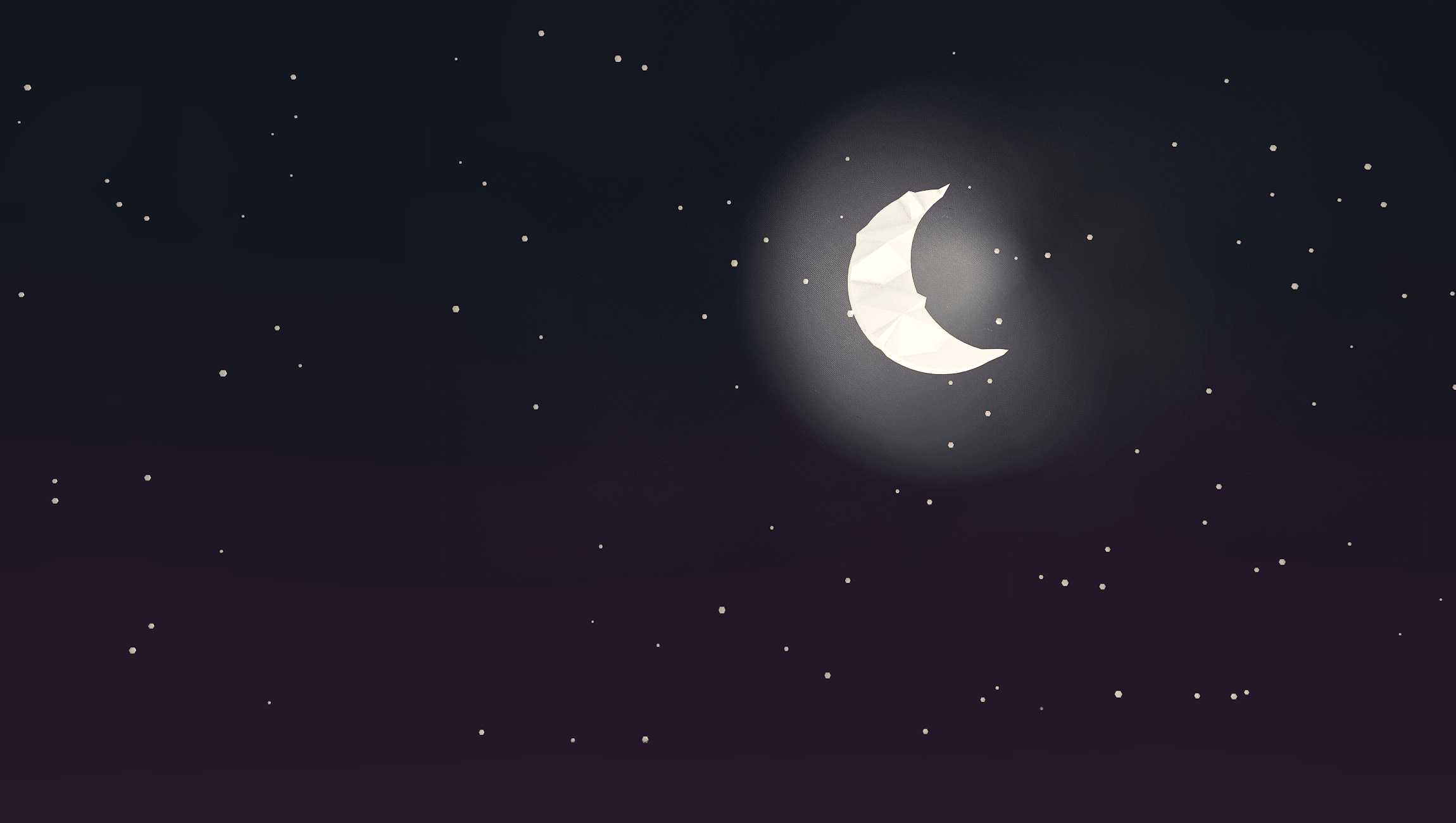 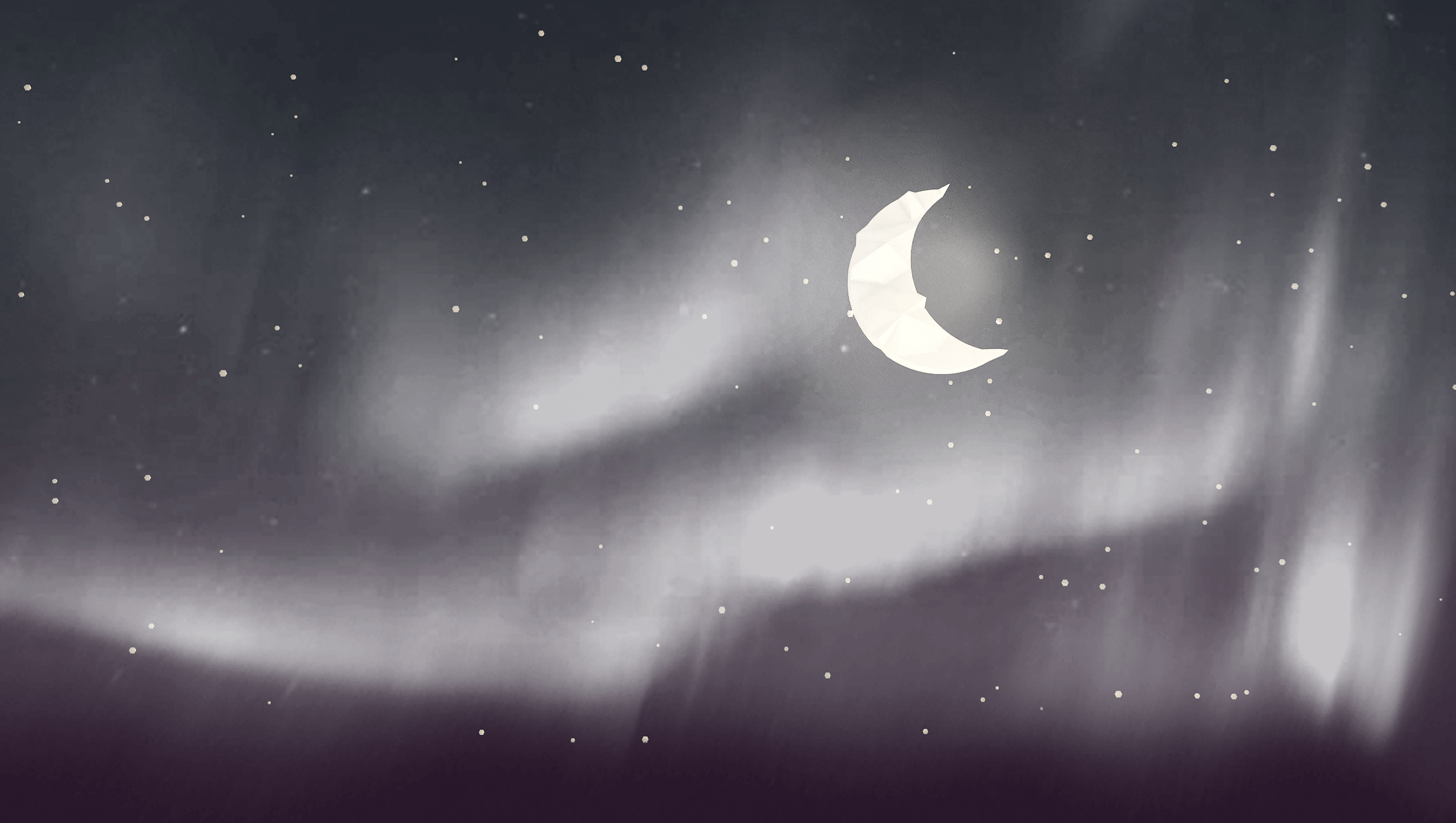 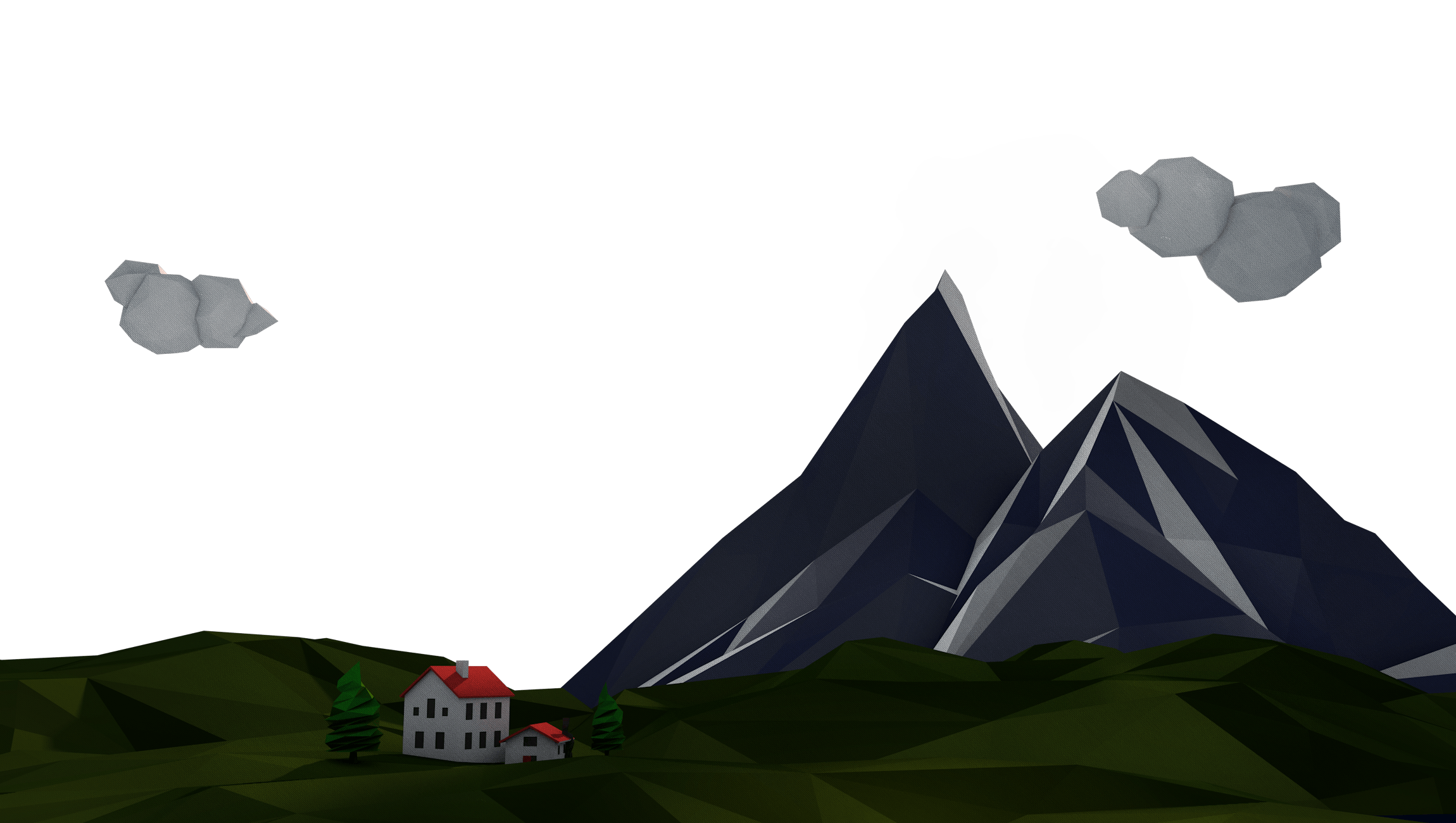 What Influences the Shape and Intensity of the Aurora?

If you're lucky, the Northern Lights can suddenly brighten and appear to dance in spectacular style around the sky. Scientists have long known that this energetic display is caused by sub-storms in space, but they haven't been sure of the trigger. Very recently, a NASA mission discovered that magnetic field lines between Earth and the Sun sometimes merge and connect, releasing a burst of energy that fuels electrons in even faster waves towards Earth.

Visiting destinations in the hope of viewing the Northern Lights has been more popular than ever in the past couple of years. But if you are booking travel, it’s important to understand that prediction remains close to impossible. While we can track the aurora is it’s happening, and understand roughly how it works, we still aren’t certain of when and where it will appear.

Our relationship with the Northern Lights dates right back to the dawn of humankind, long before science explained them.

The History of the Lights

Scientific explanations of the Northern Lights came only in modern times. Benjamin Franklin observed them during his trips across the Atlantic in the late 1700s. He theorized that the aurora was caused by electrical charges concentrating in the Polar Regions. He thought the charge must build up until it powerfully discharged into the air, causing the illumination.

He was roughly right about the electricity bit, but it wasn't until Norwegian scientist Kristian Birkeland did a series of experiments in the early 1900s that a complete theory was developed. Birkeland figured out that it was magnetic current flowing through the gases of the upper atmosphere that caused the aurora.

Of course, our relationship with the Northern Lights dates right back to the dawn of humankind, long before science explained them. Swirling patterns carved into cave walls over 30,000 years ago could be the earliest depiction of the phenomenon.

The first written description of the aurora dates back to 2,600 BC in China: "Fu-Pao, the mother of the Yellow Empire Shuan-Yuan, saw strong lightning moving around the star Su, which belongs to the constellation of Bei-Dou, and the light illuminated the whole area."

The Chinese continued to record rare sightings, the aurora was mentioned everywhere, from Viking texts to the Old Testament of the Bible, but it was Greek philosopher Aristotle who first recorded the appearance of the lights in detail. In his book, Meteorology, published over 2,350 years ago, he described “glowing clouds” and a light that resembled flames of burning gas.

Centuries passed and the mysterious lights continued to be nameless. Finally, in the 1600s, Galileo Galilei and Pierre Gassendi witnessed them in all their glory. They dubbed the phenomenon aurora borealis, or northern dawn, after Aurora, the Roman goddess of morning and Boreas, the Greek name for the north wind.

Ancient Tales of the Aurora

It's the civilisations of the north who have seen the most of the aurora borealis. Without scientific explanation, their amazement and anxiety were transformed into myths and legends, as these people sought to decipher the meaning behind the light displays.

The mysterious phenomenon often provoked fear. The aurora has long been seen as a harbinger of doom, perhaps because of its red, bloodlike glow. Omens of war have been described in Poland, Prussia, Germany, Denmark, and Estonia, and among the Saami or Lapp people. In Norway, people submitted entirely to the lights. There was no waving, whistling, or staring at the aurora, in case it reached down and touched you… with unwelcome results.

Other tribes perceived a more playful character to the lights. The Inuit imagined it as souls at play, using a walrus head as a ball. In the folklore of the Aboriginals of eastern Greenland, the glowing lights are the souls of killed or stillborn babies. They are called alugsukat, which means secret birth.

Ancient Finnish tales speak of an Arctic fox starting fires by brushing its fur along the snow, causing sparks to fly up into the sky. To this day, the phenomenon is called revontulet, which means fox fires.

Icelandic folklore has it that if a pregnant woman gazes at the Northern Lights, her child will be born cross-eyed.

The Chinese saw serpents flickering in the skies, and Native American tribes attributed the lights to a range of things, including the spirits of dead hunters, a friendly giant catching fish in the sea, and fires lit by dwarves.

Many peoples believed that the Northern Lights could deeply affect them:

In Chinese and Japanese cultures, it's still believed that a child conceived under the aurora will receive good luck and good looks.

Icelandic folklore has it that if a pregnant woman gazes at the Northern Lights, her child will be born cross-eyed. That said, they also believed that the lights ease the pain of childbirth.

People in northern Sweden believed that the lights were created by huge shoals of herring - an impressive display meant fishermen expected a good haul.

Many Aboriginals and Native American tribes whistled to call the lights closer in order to whisper messages to their dead.

Predicting the timing and appearance of the aurora remains out of reach. One night it may be a milky green so pale and spread so thinly across the sky that it could be mistaken for clouds; the following night it could be red, violet, and bright enough to read by. But understanding the cause of the lights, and knowing where it's most likely to be seen, hasn't rendered it any less spectacular.

When you're huddled in the snow, wrapped with blankets and waiting for your first glimpse, remember that it's this elusive quality that maintains the aurora's magic, and what makes a sighting so special.